And it’s free online for all to read. Given the current global crisis, we feel that it’s important to do what we can to celebrate and share the talent we publish without any financial barriers to readers. Download issue 12 here or read is on issuu.

The Quilliad is officially open for submissions from Canadian writers and artists!

We’re looking for work that engages with the weird; that includes magic realism, literary science fiction, apocalyptic stories and poetry, retold/re-imagined fairy tales/folklore/myths, horror, and other spooky, speculative, dark, and macabre work. Send us your poems (up to 5), flash fiction (up to 5 pieces), short fiction (up to 2,500 words preferably), visual art, and photography. Writing should be in .doc or .docx format.

Submit your work to thequilliad@gmail.com by September 30.

The Quilliad is officially open for submissions for our October issue!

We’re looking for literary science fiction, apocalyptic stories and poetry, retold/re-imagined fairy tales/folklore/myths, horror, and other spooky, speculative, or macabre work. If you are a Canadian writer or artist, submit your work to thequilliad@gmail.com between now and September 15.

Issue 11 will launch on Wednesday, October 30 at 8PM at The Tranzac in Toronto. 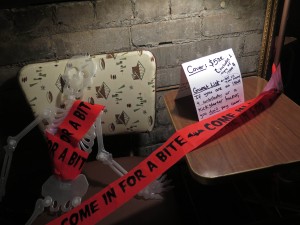 It’s that time of year again–The Quilliad is open for submissions for our October issue!

Literary science fiction, apocalyptic stories and poetry, retold/re-imagined fairy tales/folklore/myths, horror, and other spooky, speculative, or macabre work. If you are a Canadian writer or artist, submit your work to thequilliad@gmail.com between now and September 25.

We’re seeking writing and art for our October double issue! Literary science fiction, apocalyptic stories and poetry, retold/re-imagined fairy tales/folklore/myths, horror, and other spooky, speculative, or macabre work. If you are a Canadian writer or artist, submit your work to thequilliad@gmail.com between now and September 30.

Please read the details regarding submission format and length at thequilliad.wordpress.com/submissionsbefore sending us your work; feel free to email us with any questions.

Thanks to everyone for your patience! We are almost ready to announce the winner and runners-up for our chapbook call, and we’ll be reading for issue 9 very soon. Because of staffing changes and health issues this year, we will only be doing one issue in 2017. But it will be extra long, combining the literary submissions we’ve received so far for issue 9 with the Halloween-themed submissions. The call for spooky, whimsical, and macabre lit will be out soon, so keep an eye out!

Editor-in-chief for The Quilliad Press

Today was the last day of the Chihuly glass sculpture exhibit at the Royal Ontario Museum here in Toronto, and I braved the cold (alongside my mom) to see it.
A few things really struck me about the pieces on display. Some of my favourites made me feel as if I were underwater, with the twisting tendrils sometimes even interspersed with delicate glass sea creatures. And that delicacy created a strange fear in place of the usual desire to reach out and connect with the art around me; with these glass sculptures, the thought of blundering into them and causing them to come crashing down creates a deep sense of hypothetical mortification.

This instinctive need to take great care not to disturb the work around us was not the only peculiarity of the exhibit.More than perhaps any other roped-off exhibit I’ve ever seen, people were interacting with the work. No one dared touch anything, but photography was not only permitted but encouraged, and many people were contorting themselves, twisting like the sculptures they were observing, in order to get a good shot or even just gain a different perspective. Participants were chatty, energized by the bright colours and wild shapes. The exhibit felt both very personal and communal, and I’ll admit I barely read any of the plaques describing the pieces; connecting with Chihuly’s work seemed to necessitate a more active collective engagement.

For those who weren’t able to make it out to see these pieces in person, here are a few of my favourite shots that I managed to take. 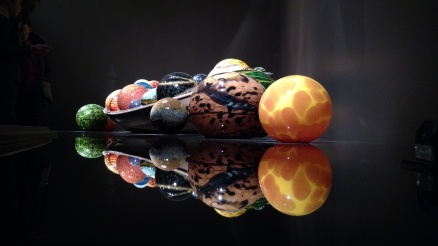 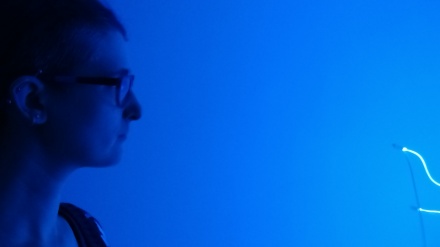 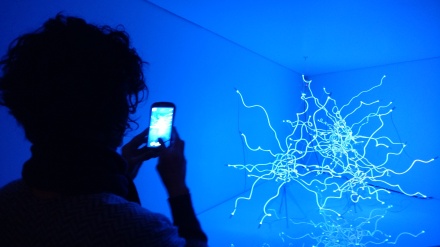 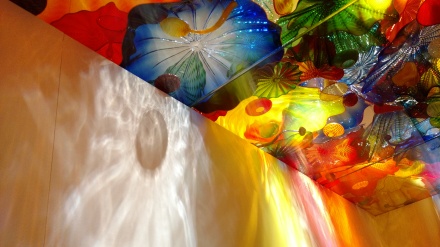 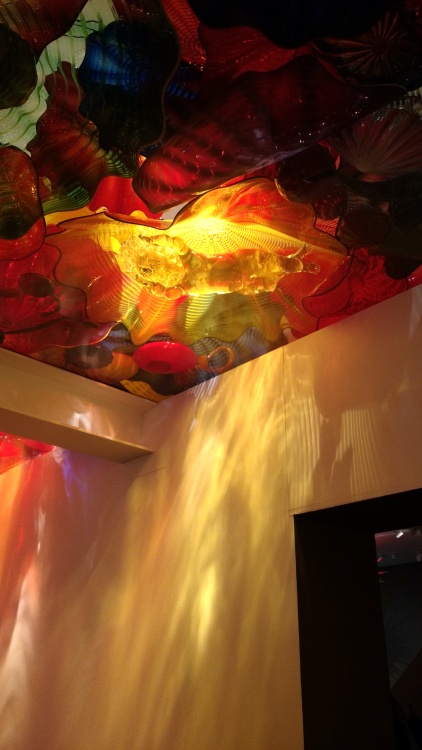 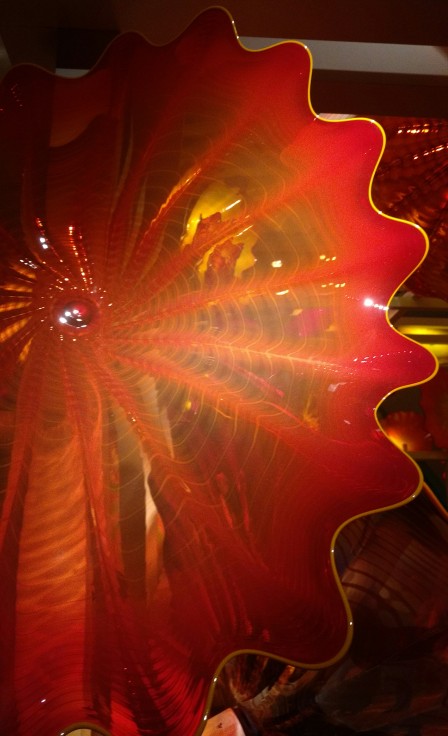 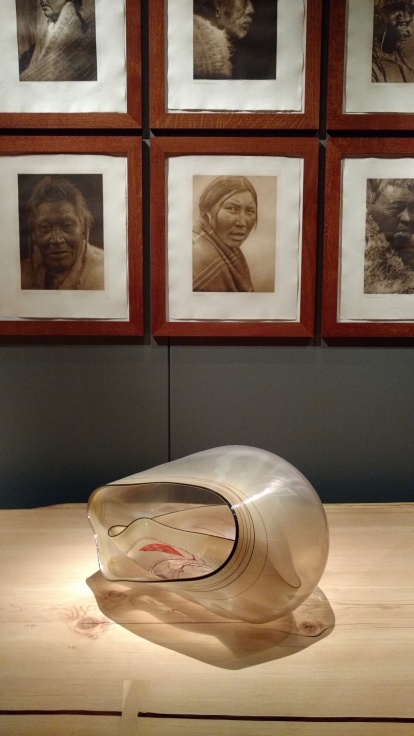 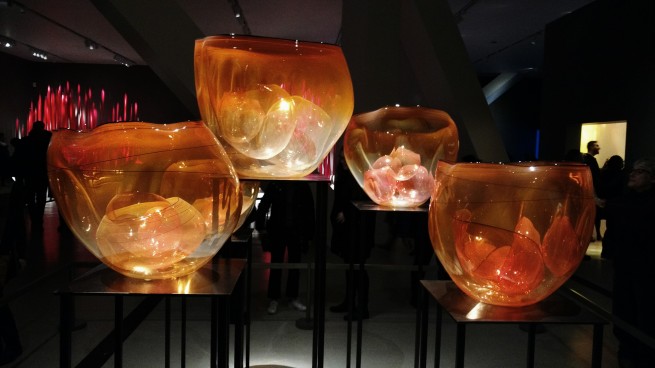 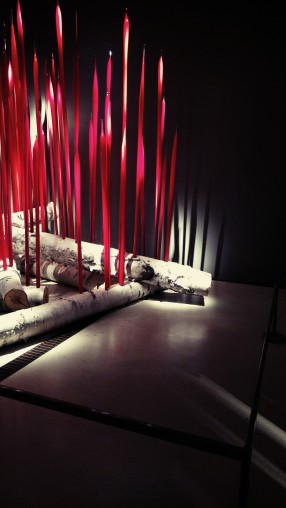 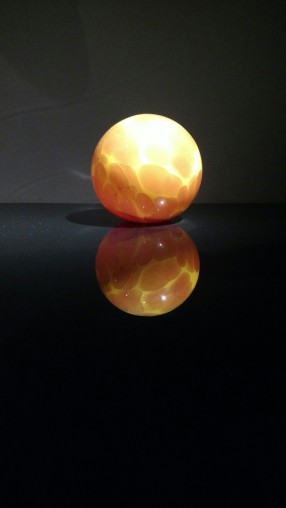 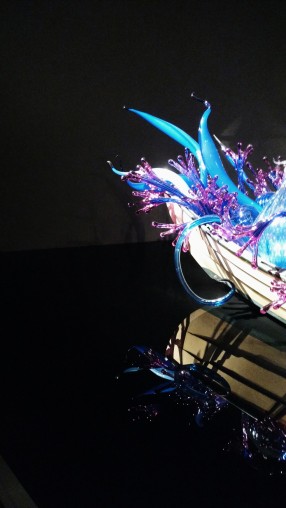 We’re looking for 10-20 pages of poetry and/or flash fiction from a Canadian writer who has never had a chapbook or full-length book published (self-published authors are exempt from this restriction, as this restriction is in place to allow emerging writers without publisher representation an opportunity to become a more active part of the Canadian literary scene). Previous Quilliad contributors are welcome to apply.

We will be paying a $50 honorarium to the selected writer as well as providing the author with 5 copies of their book free of charge (subsequent copies can be purchased by the writer at half price). We will also consider poems from the submitted manuscripts of 2 runners-up for issue 9 of The Quilliad. Publication in The Quilliad will be compensated with an honorarium and contributor copy.

To submit, send your writing to thequilliad@gmail.com by January 15, 2017.

We’re seeking writing and art for our October issue! Literary science fiction, apocalyptic stories and poetry, retold/re-imagined fairy tales/folklore/myths, horror, and other spooky, speculative, or macabre work. If you are a Canadian writer or artist, submit your work to thequilliad@gmail.com from September 1-30.

This must be what love is:
a shining blade so exquisitely cut that after my throat is slit,
I still sing.

“On a Board Hewn for a Body” 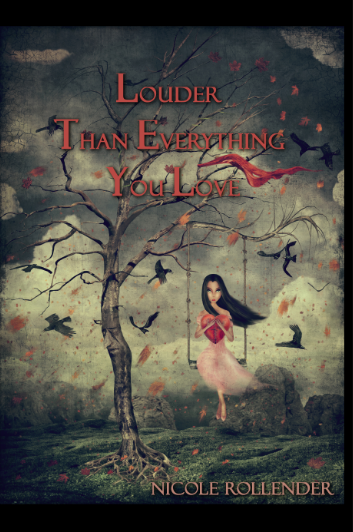 Nicole Rollender‘s first full-length collection, Louder Than Everything You Love, published by ELJ Editions, is a beautiful and brutal book that explores love, sex, birth, death, and womanhood. A kind of tender violence pervades the text; filled with harsh truths, these intense and eloquent poems nevertheless serve to remind us not only of our mortality but of the precious nature of what little life we have:

You, the living
mother, shake salt from the table cloth, teach your
child to nest where it’s warm, tell your dead to head
toward whatever window is full of light.

“How to Talk to Your Dead Mother”

Women’s lives are often the focus in Louder Than Everything You Love. They experience the wonder of life growing within them, as the speaker details in “Psalm to Be Read While My Daughter Sleeps”: “how beautiful that she touched the inside of my uterus: / floated there, her jawbone, torso, skin, hand, hand forming”. They also know the many ways in which they will be used and expected to hold themselves back because of their sex: “women are told to diminish” (Fasting”). And yet, these women find release and voice and power: in good food, in poetry, in the connections between generations. And though they pass on, something continues; Rollender traces a matrilineal line through the speaker’s/speakers’ veins:

She’s learning what dead women / do: swim the blood of their daughters

She tiptoes up my spine in her / old slippers, knocking on every vertebra she sees.

“The Light Makes My Grandmother Cry”

Rollender’s collection explores death at length; the speaker and the reader feel it just under the surface of life. In “Prayer, as Ghost,” the speaker states, “Everything is the ghost of something else.” The past echoes; the present whispers of what came before and what will be (and what will cease to be). The speaker doesn’t only speak of the deaths of others; she is surrounded by her own memento mori: “my own ghost singing in my throat, turning its hourglass of snow.” (“Even the Living Can Haunt”) She acknowledges and confronts this reality throughout the text: “in cemeteries I ask how to die well: to part kindly with the women I’ll never become” (“Equinox”)

Despite speaking of hauntings, the speaker’s sense of death is made of flesh. This is no effervescent, ethereal retreat from the world. This is the haunting of veins, ghosts in the genes, a matrilineal legacy of peasant soup, not wispy spirit. The presence of the dead is embodied in those who share their blood. Despite speaking about a concept as abstract as death, the speaker provides concrete images: bones, birds, meals made by past women. Death’s physicality serves to remind us that it isn’t a bogeyman; it is a real loss we will all experience, again and again. Yet, far from being a hopeless tale, Louder Than Everything You Love gives us a speaker who feels life all the more keenly for thinking of its end. Many of her musings center not only around past generations but also her daughter, her line’s future.

The collection’s poems sometimes repeat themselves with similar ideas or images, but no poem truly stands out as redundant. The reader gets the sense that the speaker is rehashing ideas and dwelling on images to delve deeper and explore further rather than just repeat herself. And after all, don’t we all come back to thoughts of loss and meaning and connection, over and over, trying to eke out enough to sustain us?

Louder Than Everything You Love is unrelenting, both in its confrontation of our inevitable pain and death and its urging toward life. There is deep compassion within the raw lines of Rollender’s poems. Every poem seems to contain some line that resonates, with beauty and horror and honesty. This book tells us about our grief, not just the grief of the speaker, and it tells us about our love, too, which haunts and comforts us despite its inability to keep us safe.